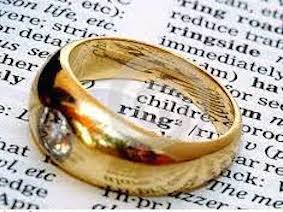 Employers don’t like it when their foreign domestic workers file a complaint against them with the Ministry of Manpower (MOM). Many will repatriate their domestic workers to punish them for their actions. Others go a step further and seek revenge by filing their own complaints, often by accusing them of theft. In most cases it is the employer’s word against that of the domestic worker. Investigations take a long time, in which the domestic worker is not allowed to work, nor leave the country. She is punished whether the claim is substantiated or not.

This is the story of Ellaine, who’s employers were dedicated to get their revenge, and punish Ellaine ‘to the end of her days’ for filing a salary complaint. For them, one unsupported accusation was not enough.

Ellaine had been working for her employer for three months when ‘madam’ lost a golden ring. She asked Ellaine whether she had seen it, and they searched the house together. The ring wasn’t found, and madam left it at that.

Four months later, Ellaine approached her employer, as her passport required renewing. She needed money to pay the associated fees. The employer insisted Ellaine pay for it herself, but Ellaine did not have much cash, as her employer was withholding her salary. Ellaine decided to run away and approach HOME for help. HOME referred her to MOM, who settled Elaine’s salary claim swiftly. When the employer met Ellaine at MOM, she demanded to search her belongings. She found nothing.

That was not the end of the story. Ellaine’s employer now accused her of stealing the golden ring. Since there was no evidence to support this, the case was closed by the police. Still, that was not the end of the story. The employer subsequently accused Ellaine of molesting their eight-year-old son – in the bathroom. Again, for lack of evidence, the police closed the case. Ellaine was told she would be able to go home within a few days, as soon as her former employer had bought her a ticket.

And the employer refused to buy the ticket. Instead, seven months after Ellaine ran away to settle her salary complaint, her employer once again accused her with theft of the ring. Ellaine was interviewed once more by the police, by a different, less friendly officer this time. Afterwards, Ellaine was notified by letter that her case was under investigation, and that she had to remain in Singapore on a special pass for the time being.

By then, it had been eight months since Ellaine had been able to work, and make money. She wanted to go home and spend time with her family, especially her young son and ailing father.

But her former employer was tenacious. In a text message to Ellaine’s cousin, he stated: ‘I will not cancel her work permit for the rest of her days. I am prepared to pay levy, she will be stuck here for another 18mths without salary.’

HOME assisted Ellaine with legal support, and nine months after she left employer, Ellaine’s case has finally been resolved. She is happy to go home.

HOME hopes the Singapore police will be just when employers try to seek revenge on their domestic workers by accusing them of crimes, look at the facts, and not allow a single employer to ruin a domestic worker’s life simply by piling up unsupported claims ‘to the end of her days.’ Not only does the domestic worker lose months of time and income, as she has to remain in Singapore without the opportunity to work during the investigations, but it also wastes valuable police time, that is better spent at investigating crimes that in fact have been committed.