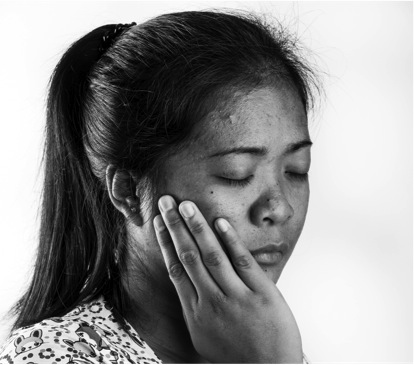 Jaya Deshpande is a volunteer at HOME. She recently worked on the preparation of a shadow report to the United Nations on China’s compliance with the Convention on the Elimination of all forms of Discrimination Against Women. Here, she shares her insights.

As a woman growing up in the 21st century, I like to think sexual discrimination is on a decline, and that finally the world is coming to terms with the fact that women are equal to men. Sadly, we all know this is not the situation that we face, and in fact women are still being exploited and trafficked at astounding rates.

The Convention on the Elimination of all forms of Discrimination Against Women (CEDAW) is an international human rights convention that came into force in 1981. It defines discrimination against women, and requires signatory countries (like China and Singapore) to take action to stop it. Reports by non-Government organisations like HOME are an important part of monitoring countries’ progress and compliance with their obligations under CEDAW.

In Singapore alone, many women are brought into the country under false pretences every year. A number of them are from China. HOME recently assisted a woman from rural China who paid more than $5000 for a job as a singer in Singapore. She had very limited earning capacity in China and her husband’s salary alone was not enough to pay for their sick daughter’s medical treatment. However, when the woman arrived in Singapore, she was forced to provide sexual services to customers. She faced threats and violence at the hands of her employers. Both her employers and her agents made a lot of money from her suffering.

It is important to note that the term trafficking encompasses not only forced prostitution, but also forced labour, debt bondage and servitude. Whilst the Government has acknowledged the problem and established the Inter-Agency Taskforce on Trafficking in Persons to address it, our research for the CEDAW report highlighted that tackling the issue is a huge challenge, given women’s specific vulnerabilities. Employment agencies in Singapore and overseas continue to exploit inequalities between men and women in less developed countries. Although men can be victims of trafficking just like women, women in some countries are put at an extra disadvantage in life through their lack of education, access to employment and continual discrimination within the work place. Addressing these vulnerabilities is crucial to reducing the trafficking of women.

Working on this report opened my eyes to the extent of the problem of women being trafficked from China (and across the globe) to countries like Singapore. My involvement encouraged me to become more vigilant about human trafficking. It made me realise that we need to spread knowledge about the variety of forms of trafficking and stop the stigma attached to sex trafficking. Most importantly, we need to continue to work to address the discrimination and lack of opportunity that makes women and girls so vulnerable to exploitation and human trafficking.

Support HOME’s anti-human trafficking efforts. Sign our petition for the comprehensive protection of the rights of trafficked persons in Singapore, read case stories and join the discussion here.